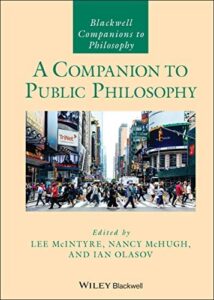 Fat activism is a fight to change the material conditions of fat people’s lives. Like other forms of activism explored in this volume, the theorizing that happens as a part of activism isn’t just an intellectual exercise, one that can stay within the walls of our institutions or the heights of our ivory towers. The theorizing must be public in order to be done at all, let alone be effective. One driving force of fat activism is to change beliefs and structures so that all people can live full and complex lives exactly as they are today. As noted by the historian Charlotte Cooper (2016), fat activism isn’t just one thing; as she puts it, “fat activism is a multifaceted affair” (65). In this chapter, we aim to review what we take to be the primary philosophical claims or concerns of fat activism and to introduce a framework for understanding a primary strategy of fat activism as public philosophy. 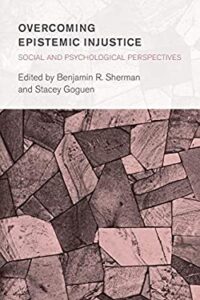 In the past several years, empirical implicit bias research has been enthusiastically received by philosophers and incorporated into philosophic work on social identities, particularly in the service of explaining how individuals without explicitly held discriminatory beliefs can sometimes behave in ways that lead to discriminatory outcomes. In this paper I argue that this focus on implicit bias research can be harmful to the anti-racist project in philosophy. My worry is not that the inclusion of empirical implicit bias literature is harmful in principle, but rather that when it is used on its own without being put in its larger context, as the main motivation for believing in unconscious racism or as a more palatable placeholder for the experience of racism, this signals that it is adequate for anti-racist purposes, and this is what we should avoid. Thinking it is adequate (or even signaling so without thinking so) is an instance of what Kristie Dotson (2014) calls an epistemic exclusion. 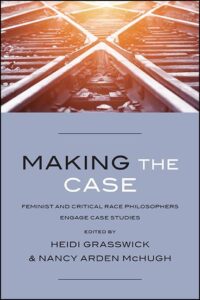 This book chapter applies the expanding work on epistemic injustice to HIV transmission, sexual health conversations, and public health conversations. In the paper we argue that our current cultural notions of safe sex practices and the access and barriers to sexual health knowledge are fundamentally challenged by PARTNER (2014) and other recent studies regarding transmission and treatment of HIV. Consequently, we argue that communities must reconceptualize the nature of sexual education and the cultural conversation about HIV status—particularly as it pertains to the marginalized groups most affected by negative stigmas surrounding HIV. By utilizing several levels of case study—long-term scientific studies, intuition thought experiments, and qualitative community behavior studies—which target the same phenomenon, we both support our epistemological claims concerning sexual health and demonstrate the efficacy of case studies in philosophic questioning.

In this paper we utilize standpoint theory to analyze our lived experiences as fat womxn and organizers and use our experiences as fat womxn to contribute to our understandings of standpoint theory and epistemic labor. We argue that fat womxn have an epistemic advantage with respect to what it is like to live in the world as fat womxn and that this advantage can be used against us in ways that contribute to and maintain our oppression. We identify and develop five patterns of epistemic labor that work together to shape fat womxn’s experiences, especially as it relates to how we are treated as knowers or non-knowers and the labor that is demanded of us in our interpersonal relationships, in public, and in an organizing context. We use an analysis of our lived experiences, as well as resources from standpoint theory, to identify three fat archetypes. The archetypes track specific patterns of labor that dominantly situated people enforce in their interactions with fat womxn through their communicative behaviors and epistemic practices. It is our hope that the identification of these archetypes and patterns of epistemic labor, which render visible the often invisible forms of oppression that show up in interpersonal interactions, are helpful tools for unlearning fatphobic ways of being and interacting. We end by emphasizing that the fat liberation struggle is tied up with the liberation struggles of all oppressed peoples and that this understanding is needed in order to take action together for sustainable change. 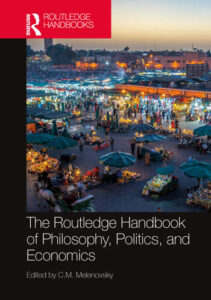 Implicit social bias is one of the many biases that influence our reasoning, but it is significant because of its social consequences. The chapter is structured as follows: First, I will give an overview of implicit bias. I will identify what researchers mean when they use the term implicit bias and explore some of its general features. After we have a basic understanding of what is captured by the term, I will explain several relationships that implicit bias has with decision-making, showing the ways our implicit biases can influence our decisions without our conscious awareness and the ways that this influence cannot be easily prevented through deliberate reflection. After we understand the relationship between decision-making and implicit bias, I will review a critique of the implicit bias literature. This critique claims that the focus on implicit bias overemphasizes the role of individuals’ biased decision-making in explaining the persistence of unjust material conditions along lines of social identity (racism, sexism, etc.) (Haslanger 2015; 2017). To finish the chapter, I will review several interventions that may reduce the influence of implicit bias on decision-making (Doris 2015). 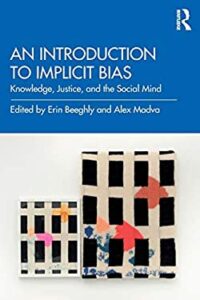 In this paper I reject the claim—made both by Tamar Szabo Gendler in On the Epistemic Costs of Implicit Bias and Jennifer Saul in Scepticism and Implicit Bias—that in order to be epistemically and morally responsible, social categories should not influence our evaluations of individuals or subsequent actions. I will provide evidence against the claim by denying its empirical plausibility, emphasizing the epistemic and moral benefits that may come from social categories, and reconceptualizing the inclusion of base-rate information. Throughout the paper I will emphasize the unique interlocking of epistemic and moral considerations that are relevant to implicit bias, bias mitigation, and responsibility. It is my hope that this analysis lays the groundwork for an account of the right ways social categories can affect our judgments, i.e. the ways in which such influence may improve our epistemic and moral situations rather than degrade them.

Davidson, Lacey J. and Daniel Kelly. 2015. Intuition, Judgment, and the Space Between: A Reply to Sherman. Social Epistemology Review and Reply Collective, 4(11): 15 – 20.

This short response paper was written as a part of the Social Epistemology Review and Reply Collective in response to Benjamin Sherman’s There’s No (Testimonial) Justice: Why Pursuit of a Virtue is Not the Solution to Epistemic Injustice. Though it may be the case that social trust is both valuable and a moral good (Vallier 2018), in this paper we explore the ways in which social distrust can be epistemically justified. When social distrust is present, we lose out on the important benefits of social trust like the stability of social institutions. When social distrust is epistemically justified, reestablishing social trust requires not only working to make society trustworthy, but also providing the proper epistemic reasons for those in society to believe (correctly) that society is trustworthy. In order to develop the concept of social distrust, we begin with Vallier’s (2018) account of social trust, which incorporates the philosophic norms literature. From here, we begin to explore distrust. Through our analysis, we show that for many who have been oppressed and marginalized, not only have the necessary conditions for social trust (Vallier 2018, 48) not been met, but practices and actions that actively work against the meeting of these conditions have also been enacted. Thus, effected individuals are justified in their social distrust of a public.

We argue that work on norms provides a way to move beyond debates between proponents of individualist and structuralist approaches to bias, oppression, and injustice. We briefly map out the geography of that debate before presenting Charlotte Witt’s view, showing how her position, and the normative ascriptivism at its heart, seamlessly connects individuals to the social reality they inhabit. We then describe recent empirical work on the psychology of norms and locate the notions of informal institutions and soft structures with respect to it. Finally, we argue that the empirical resources enrich Witt’s ascriptivism, and that the resulting picture shows theorists need not, indeed should not, choose between either the individualist or structuralist camp. 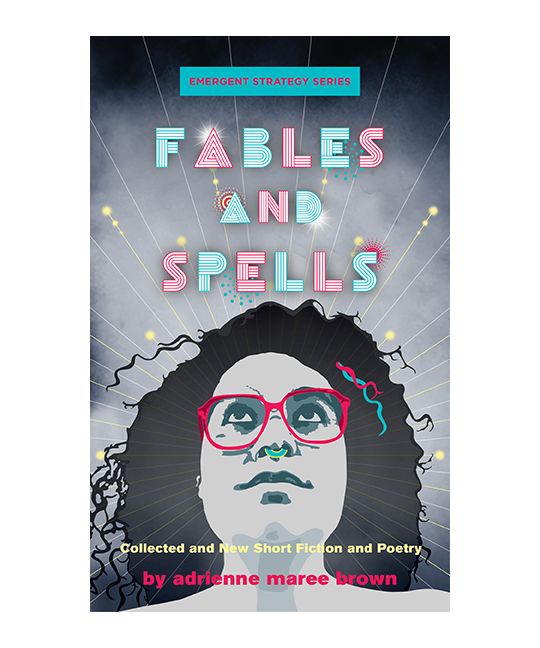