Charles Mills (2000) claims, “That race should be irrelevant is certainly an attractive ideal, but when it has not been irrelevant, it is absurd to proceed as if it had been” (41). I’ve constructed my project with the specter of this absurdity very firmly in mind, and the dissertation proceeds by addressing two sets of longstanding questions about race. Those in the first set raise issues in ethics about the wrongs of racism. Those in the second concern issues in metaphysics and social ontology and focus on the nature of social identity categories, their cognitive functions, and the nature of the entities they pick out. I also draw on and contribute to the growing philosophic literature on social norms, which serves as my bridge between these two sets of questions.

The purpose of this project is to harness the power of traditional philosophic tools, such as conceptual analysis, alongside empirical data and theoretical strategies from the psychological sciences, behavioral economics, sociology, and cultural studies to develop clearer and more effective ways of conceptualizing race and race liberation, especially in the United States. I begin by articulating and defending a pluralistic theory of the application conditions for the predicate ‘racist’; in short, I hold that a variety of entities—mental states and processes, individual behaviors, norms, practices, policies, campaigns, institutions, etc.—are viable candidates to be classified as racist or not and that each of those types of entities can qualify as racist on non-reductive grounds, rather than derivatively, in virtue of some relation they have to some more fundamental or ultimate source of the property picked out by the predicate ‘racist’. My position is that scholars who have sought to limit the use of the term, or reserve its proper application to some core set of entities, have failed to provide convincing arguments and their restrictions have been damaging to the anti-racist project. Throughout the analysis of application conditions, I have a tripartite focus on 1) individual psychological mechanisms and states, 2) informal institutions comprised of social norms and cultural practices, and 3) formal institutions regulated by policies and laws. Then, I specifically show how both implicit biases and social norms fit into my pluralistic account of the predicate ‘racist’. I do this because these are the kind of entities that raise difficult puzzles concerning both the assignment of moral responsibility, as well as the reach and potential limits of our capacity to behave in non-racist or anti-racists ways. Many people worry that we can’t be held responsible for things we don’t have direct control over or knowledge about, and in these chapters I provide a framework for understanding our complex epistemic and moral relationship to these entities. Finally, I explore the development and implementation of what I call liberatory norms as a potential pathway for resisting racially oppressive conditions. Specifically, I look at the kinds of norms being cultivated in activist communities that work to undo oppressive individual tendencies, cultural practices, and social structures.

My dissertation aims not only to make significant contribution to several areas of academic research, but also to articulate and clarify the implications of that research for social movements, public policies, and individual strategies for mitigating bias. For example, sometimes strategies for promoting diversity in the workplace that look promising in theory actually backfire in practice, making environments more hostile rather than less, or discouraging rather than encouraging diverse groups of people to come together. I bring a philosopher’s eye to bear on these kinds of possibilities as well and carefully think through their significance. By paying close attention to the psychological mechanisms that support certain attitudes and behaviors, my framework provides many resources for identifying effective strategies for intervention.

In recent years, expansive philosophical work has explored the claim that individuals or groups can be unjustly harmed specifically in their capacities as knowers. These injustices include testimonial injustice (Fricker 2007), hermeneutical injustice (Fricker 2007), epistemic smothering (Dotson 20111), and exclusion from the knowledge production community (Dotson 2014), among others. The harms caused by these epistemic injustices often begin in the epistemic realm (with a flawed credibility assessment, for example), but the harms often extend beyond the epistemic to threaten agency, responsibility, health, and safety.  While epistemic injustice has heretofore focused on how the unjustified belief (or other doxastic attitudes) of the socially powerful harm the marginalized. In this paper we look at how the bad past actions of the powerful lead to justified and harm-inducing beliefs held by those already socially marginalized. Despite these differences, we still think that what we are examining is a type of epistemic injustice because it is the actions of the powerful that have created the misleading evidence upon which the marginalized form their false yet epistemically justified beliefs about entities that could provide the marginalized with benefits. The primary example we use to explore pernicious epistemically justified distrust is forced sterilization and the resulting distrust of healthcare providers. Assuming that healthcare providers are no longer actively harming individuals, we argue that the bad past actions of healthcare providers leads some individuals to justifiably distrust those healthcare providers in a way that harms them both epistemically and materially.

Activism and the Armchair: Why Philosophers Need Not Stay Out of Politics

Scholars working in Philosophy of Mind have traditionally had little to say about the political sphere or the ways in which a greater understanding of the mind might affect political change. However, in the past several years, many philosophers working in this area have turned their attention to implicit bias, including the ways our increased understanding might change our practices in and outside of our academic settings. This turn outward has led many of these philosophers to engage in activism related to their academic findings. In his paper In Defense of the Ivory Tower: Why Philosophers Should Stay Out of Politics (2015), Bas van der Vossen argues that it is wrong for academics to be involved with political activism. In this paper I argue against this conclusion.

First, I challenge van der Vossen’s conception of what it means to be politically active. Specifically, I argue that his view does not give a principled way of deciding what and what is not political activism. Second, I challenge the ideal that our philosophic reasoning and arguments should be completely sterilized from bias. He writes that a problem with political activism is that it “negatively affect[s] our ability to honestly and impartially weigh the evidence” (1052). The empirical evidence about reasoning and bias does not support the idea that we ready and reliably have the ability to do so. Third, I argue against van der Vossen’s proposal that there should be a “division of labor” between activists and political philosophers in that philosophers come up with principles and activists implement them. Finally, I argue that abstaining from political activism cannot be reasonably expected from those that would otherwise be directly affected by the results of political activism, e.g. women, people of color, LGBTQ individuals, etc. Though he may rightly claim that political activism simpliciter is not necessary to have a good life, he is wrong to think that a good life is afforded to all without the results of political activism. 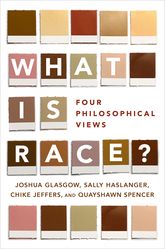